The Wonders of Salt

The Wonders of Salt 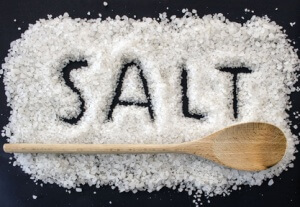 By Theresa Ficazzola The minerals that comprise the periodic table are quite diverse. Salt, or NaCl, is comprised of sodium and chloride ions and is essential to human existence. It can be obtained from sea water; however, most of it is harvested from extensive underground rock salt beds resulting from dried up lakes and seas.

Thousands of years ago, salt was hard to come by, so it was highly valued. Many civilizations even used it to trade for other items. In colonial times, settlers learned how to use salt to preserve certain foods in the summer, which they subsequently ate to sustain themselves in the colder winter months.

According to Wikipedia, salt was first mentioned in a written document in the year 804. And Solnitsata, the earliest known town in Europe (located in present day Bulgaria), seemed to have been built around a salt production facility which supplied salt throughout the Balkans.

Salt also helped contribute to the Roman Empire with roads built to make the transportation of salt from the Adriatic Sea easier. In fact, the word “salary” comes from the Latin word for salt because the Roman Legions were sometimes paid in salt. And they say the soldiers who did their job well were “worth their salt.”

It would appear that salt created many cities, including Liverpool, England and Munich, Germany. Wars were fought and empires rose or fell—all because of salt. In fact, some say the salt tax was one of the causes of the French Revolution.

Today, salt is much more accessible and relatively cheap to purchase at any grocery store. Everyone knows that salt is added to food to give it more flavor. However, did you know that salt has other helpful uses?

As you can see, salt has many uses and can be a more healthy alternative to harsh chemicals. Taking small steps like these can help our planet, protect our natural resources and enable you to go green.

One of the best things you can do to go green and save green is installing solar panels on your roof. Using the sun to generate your own electricity to power your home is both smart and cost effective. To find out if you qualify for a home solar energy system for no money down, contact SI Solar today.

And by the way, the periodic table symbol for silicon, which is used to make solar panels, is Si—as in SI Solar!