Summer’s Here and the Time is Right for…Solar

Summer’s Here and the Time is Right for…Solar 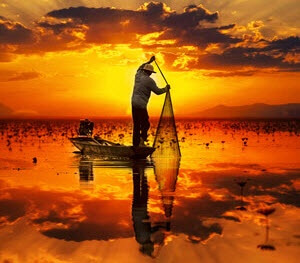 By Theresa Ficazzola It’s official. It’s finally summer, which is also known as the summer solstice. The word solstice comes from the Latin sol, meaning sun, and stitium, which means to stop because it appears that the sun stops in its place in the sky for a long period of time.

The solstice does not mean the earth is any closer to the sun. In fact, it means the earth is the farthest away from the sun. The tilt of the earth’s rotational axis creates the seasons, not the earth’s orbit around the sun.

Since the sun’s rays are now hitting the earth at a more direct angle, the sun brings us more daylight and more heat. The opposite is true during the winter solstice.

Just because the summer solstice is the longest day of the year, that doesn’t mean it’s the hottest day of the year. Since it takes longer for water to heat than land and air, the oceans and your backyard pool will remain cool for another few weeks until the water can catch up to the heat that the land and air is experiencing.

Even though most people consider June 21 as the date of the June solstice, it can happen anytime between June 20 and June 22, depending on which time zone you’re in. This year, June 20 is the solstice date. June 22 solstices are extremely rare; the last one took place in 1975, and there won’t be another one until the year 2203.

Solstice celestial events have been celebrated by a variety of cultures in many different ways around the world. These events include New Year celebrations, as well as the welcoming of the summer and winter seasons. A midsummer’s day also refers to the summer solstice for farmers, which marks the halfway point between planting and harvesting. During ancient times in Egypt, the summer solstice represented the New Year because the star Sirius rose in the sky and contributed to the flooding of the Nile River.

With so much summer sunlight descending upon us over the next two months, it’s the perfect time to investigate solar energy for your home or business. Did you know that in one short minute, the sun produces enough heat to supply the world’s energy needs for an entire year? That’s one reason why solar technology is fast becoming a viable alternative to traditional energy needs.

By harnessing the enormous power of the sun, solar panels offer a clean, safe, reliable, less expensive way to provide energy. Plus, the sun is FREE and you can get your very own solar energy system for $0 out of pocket, if you qualify.

SI Solar, a local New York and New Jersey solar energy company, gives you the power to generate your own electricity while locking in your energy rates over a long period of time. If you live on Staten Island, you know all too well how much you’re paying for electricity each month. Exactly how much you can save with solar panels depends on a variety of factors, including:

Solar energy is also good for the environment. The number of solar installations has grown steadily over the past few years and is continuing to gain steam, especially on Staten Island and in New Jersey where utility rates rank among the highest in the nation.

So, don’t waste another long, hot, sunny, summer day. Contact SI Solar today for your free quote and take advantage of the sun’s free power to supply energy to your home.